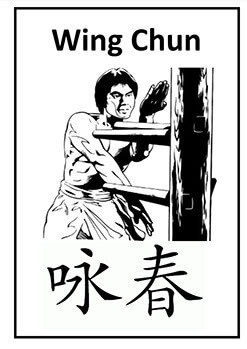 Wing Chun is a Chinese martial art . The Legend is that Wing Chun was name after a Yim Wing Chun a young woman who beat a warlord in a martial art competition using techniques taught to her by a Buddhist Nun Ng Mui. IP MAN is the patriarch of Modern Wing Chun spreading Wing Chun in Foshan & Hong Kong & Throughout the World. IP MAN was Bruce Lee’s instructor Wing Chun is the style that Bruce Lee originally studied before he founded Jeet Kune Do. Wing Chun is Close Range Combat style using striking grappling & trapping. Wing Chun is simple direct & effective.

Do NOT follow this link or you will be banned from the site!